Helping to protect your driving licence 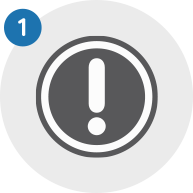 Investigated or charged with a motoring offence?

Let the specialists take over

The Licence Defence family is made up of insurance and legal professionals who were tired of seeing hard working motorists unable to afford representation when being investigated or charged with a motoring offence. We started life in 2012 in a box bedroom in Manchester and have now grown to become a market leader in dedicated motor prosecution defence insurance. Our Vision is “To enable everybody not just those who can afford it, access to the very best motor legal defence. We remain committed to empowering motorists and providing access to justice for all motorists”

I am a Licence Defence policyholder which was a great investment as it gave me access to one of the top motor defence firms in the country. I was represented after being charged with various driving offences, where I was at risk of a considerable length of disqualification.

My Solicitor was honest and professional throughout the case and gave me realistic possibilities of what the outcome at court could be, which included disqualification.

In the court room his experience and expertise was clear, he negotiated with the Magistrates which resulted in me keeping my licence.

I have no doubt that without representation I would have been disqualified from driving.

I would not hesitate in recommending to anyone

Excellent! I really can’t fault the service I’ve received from Licence Defence and their partner Solicitors. Every aspect was exactly as described with an extremely efficient and effective service.
My solicitor was extremely professional yet very straight forward and he provided me with practical advice about my case and a clear plan of action. Thanks to him the actual result of my case was that I kept my licence with 6 points and a low fine! Thank you to Licence Defence, I’m now able to get on with my life!

As a lifelong Biker and someone who has been totally in to bikes for the biggest part of my life I would like to share a bad experience.

Allegedly on the 28th May I overtook an unmarked Police car on double white lines on the Usk road. It is unlike me to put myself in a vulnerable position. To cut a long story short I knew nothing of this offence until the 28th December. Apparently I was sent a summons to produce documents by recorded delivery mail but this was never received or signed for by me. I went to the Post Office to check who signed for this and was told to check on line and I found that this was not the signature of myself, wife or my neighbors. I wrote to the Court to explain this and gave them proof of our signatures but they would not accept it and I was summonsed back to court. I spoke to my insurance company who confirmed that I had ‘Licence Defence’ on my policy. (This turned out to be the best thing I have ever done). I contacted them and spoke to a gentleman who checked my policy and confirmed that I was in safe hands. If ever there was a man who knows his job (This was Him) He took on this case and went that little bit further. I received numerous phone calls many of them being after working hours, evenings etc. etc. I was due to appear in court on the 19th March 2018 but on the 16th March, I received a Phone call from my Solicitor telling me that as a result of his negotiations all charges against me had been dropped and that I need not attend on the 19th. I cannot thank him and Licence Defence enough. If you are a Biker, I would thoroughly recommend you add Licence Defence to your policy.

I wanted to sincerely thank Licence Defence and my appointed solicitor for your help in successfully defending the alleged motoring offence.

The product (Licence Defence) is innovative and extremely helpful in providing a fair response to such a prosecution, which is a daunting task left to anyone without proper legal expertise in this area. I found myself potentially facing a driving ban which would have had devastating consequences for my work and personnel life.

From contacting Licence Defence I found the service easy to use, extremely clear and thorough. Their help and reassurance was great, always happy to answer any questions, return calls and emails, offering advice and support in looking to defend the case on my behalf.

The appointed Solicitor looked at the circumstances and put a defence together. His experience and expertise in dealing with these matters was no doubt instrumental in the successful defence of the case. I can’t recommend their service enough

Thank you so much for dealing with my recent motoring offence on my behalf. Thank you for the good advice and your solicitors obtaining me a great result avoiding me a disqualification from driving. I have been telling, my friends and family that the little extra money for the Licence Defence legal cover on their motoring insurance is well worth the small additional fee. Great service and great result!

If you would like more information about Licence Defence please contact us by email, phone or by using the enquiry form. If you are a Licence Defence policyholder and want to speak to a specialist solicitor please use the claims helpline number below.
Please have your insurance policy number to hand and quote it in all correspondence.
Phone:
Claims Help Line: 0330 024 1727
General Enquires: 0330 053 9572
Email: Need to write to us?
info@licencedefence.co.uk
Need to write to us?
Licence Defence Limited,
8 Princes Parade,
Princes Dock,
Liverpool L3 1DL

Please take time to read the Licence Defence IPID and policy documents to ensure that you understand the cover it provides. These documents will also outline your rights to cancel and our complaints procedure.

Any cookies that may not be particularly necessary for the website to function and is used specifically to collect user personal data via analytics, ads, other embedded contents are termed as non-necessary cookies. It is mandatory to procure user consent prior to running these cookies on your website.